In the Deep Midwinter 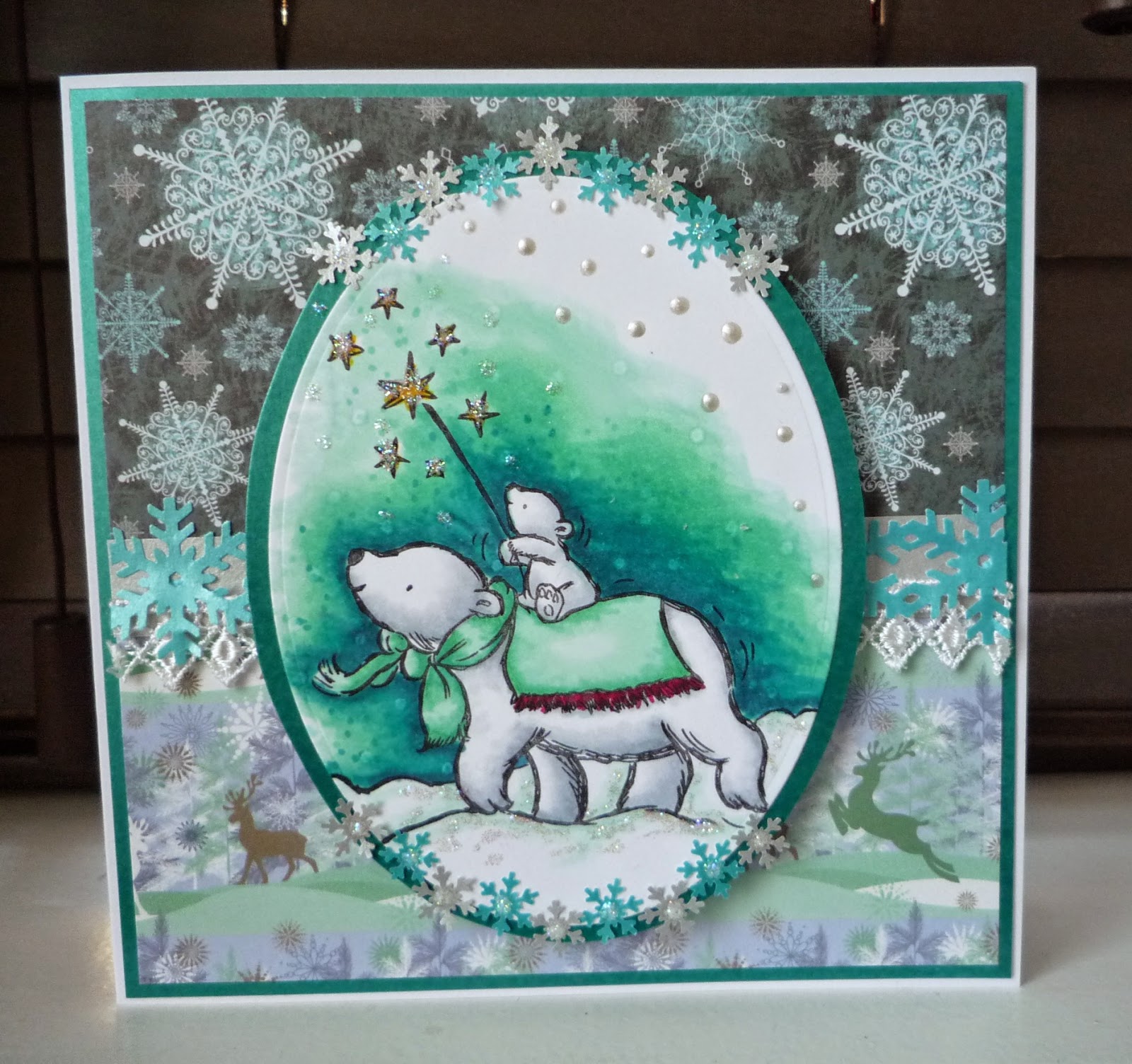 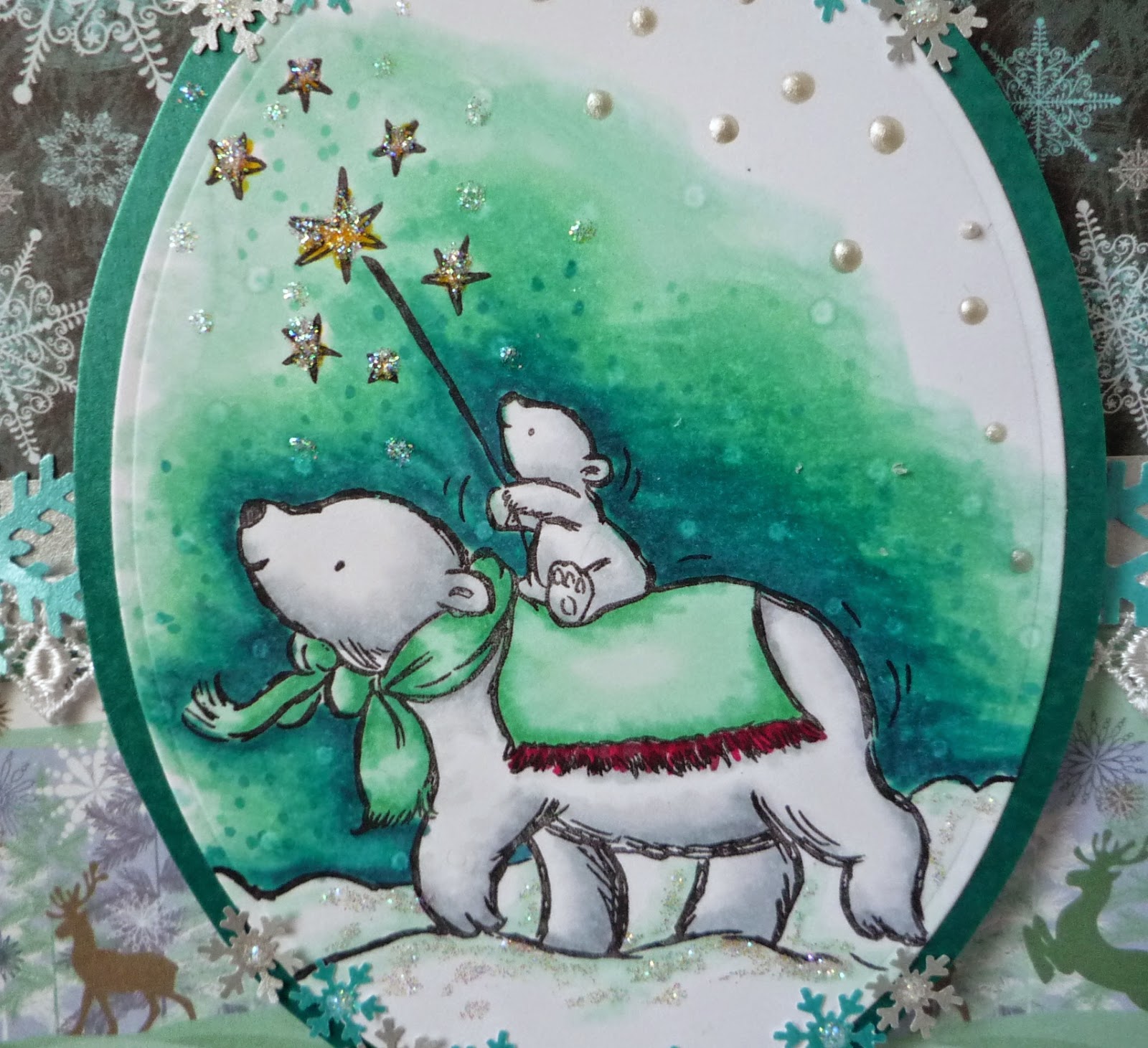 It seems I have been a little absent from blogland lately…..not sure why but can't seem to find enough hours in the day at the moment.

None the less I was determined to get a card posted this morning, so here I am, sitting in my PJ's, loading this up before I crack on with whatever else is waiting for me today.

I made this card a while back and it was really a colouring experiment with my Spectrum Noir pens where I decided to get a bit brave with my background. There are some very dark colours in there and I could do with refining the technique but I thought it came out pretty well for a first shot. It kind of looks a bit stormy don't you think?

I had already found the Bps in amongst my very old stash and coloured to match, resulting in an unusual colour combination for me but one that I really liked in the end.

The beautiful image is a stamp from Crafters Companion, and I have to say I think it is just adorable!

Time to enter some challenges again I think, so here goes:

Thanks for visiting today and a happy weekend to you all.

Sharon x
Posted by The Little Stamper at 01:51