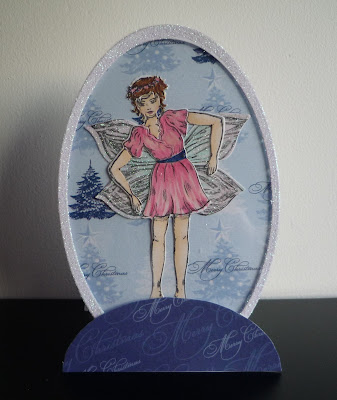 I little while ago I was lucky enough to get to play with Sheena's diary stamps and dies and here is one of the cards that I made with the fairy.

As you can see, I have gone for a snow globe effect, using some oval dies, some acetate and some sticky pads. I created the base using a smaller oval which I then cut in half.

You can create a similar effect with circular nesting dies too, and the best thing is that you can then create a globe to fit any size of stamp. 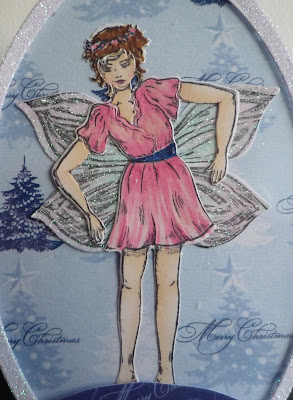 Now back to the fairy…the technique is to die cut the base shape first and the apply the cut piece to the stamp. This is down by putting the stamp face up on the table and then putting your card on ti it, so you can see where it fits and make little adjustments if you need to. Totally opposite to anything we have been told before but it really works!!

Finally I coloured my little fairy with my spectrum noirs and applied plenty of sparkle to the wings…that must be where the fairy dust comes from of course!!!

I hope you like my little fairy, and I would like to enter her in to a few challenges:

Posted by The Little Stamper at 02:42