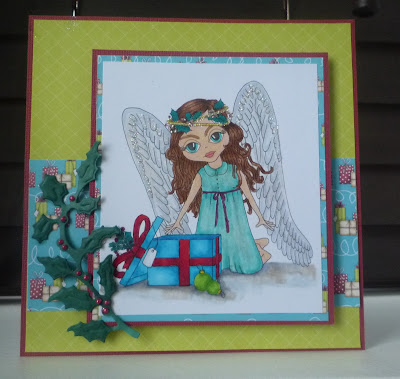 Well it looks like Christmas has now begun for me, with my first Christmas Fairy Card of the year, using a fabulous digi from Polkadoodles not forgetting the lovely digi papers too.

As you can see, I have gone for some quite bright colours and I have used my Grpah Its pens for this particular image and they do come out much brighter than the Promarkers.....but I think there is a time and a place for each of them!! 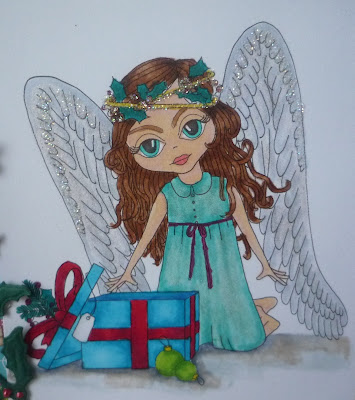 I have to say though, that the Graph Its are taking a bit of getting used to and, as you can see from this image, some practice is still required!!

Happily though, a Christmas Fairy was as good an excuse as any to break out the glitter and now that my clear glitter tub and my quickie glue are back out,there is no stopping me and a bit of glitter has gone on every card i have made since!!

It's quite funny to be posting a Christmas Card today though as, after a spell of very cold weather, we have had a hot and sunny day today......maybe I should be making Christmas cards more often.

I am going to nip off now as I want to get a bit more colouring in before starting the tea, but first, here are some lovely challenges that I would like to enter....

Sharon x
Posted by The Little Stamper at 09:34