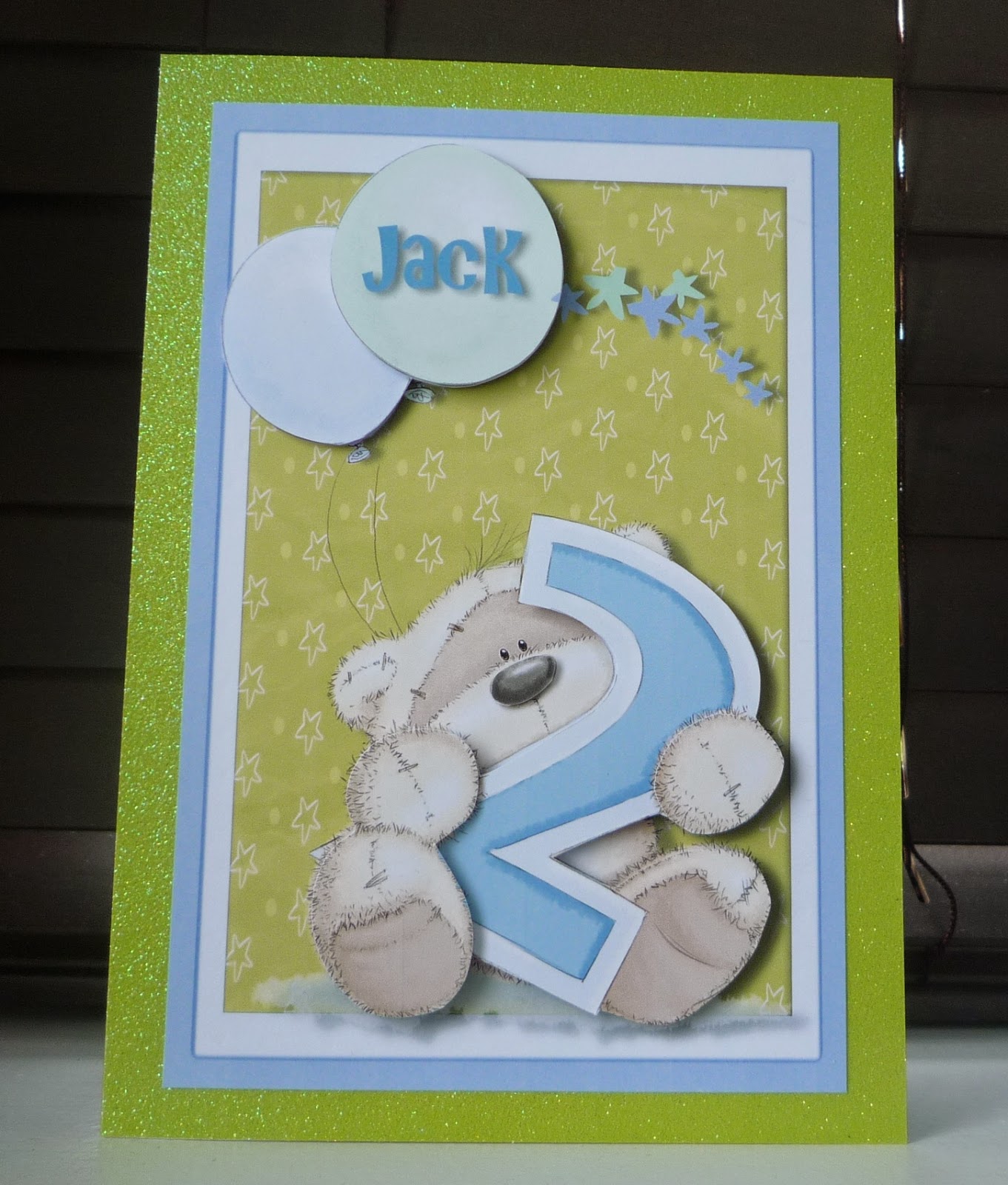 Well it's for Jack of course!

Now this card may not look particularly special but it represents a bit of land mark for me as it involved me going in to Serif and actually manipulating things rather than just importing images, or papers and sizing them, ready for cutting out / colouring.

For this card I created the frame and digitally layered the papers, embedded the image (plus a bit of decoupage as well of course) and personalised the ballon with the name. Not only that but, the shadow that you can see is a digital trick too. Not bad for a technophobe!

I have to say that, by the time I had it all figured out, I probably would have been able to do it quicker the old fashioned way……cutting and colouring! But the good news is that I saved all the elements so, if I happen to come across another two year old Jack (and that's not so far fetched as I had two of them this year!) I will be able to whip up a personalised card in a jiffy!

So, although not my most impressive card, I thought the effort involved made it worthy of entering in to a few challenges, so here they are:

Thanks for stopping by. I hope to be back again soon with something a bit more inky!

Sharon x
Posted by The Little Stamper at 11:22