Signs of Snow in March 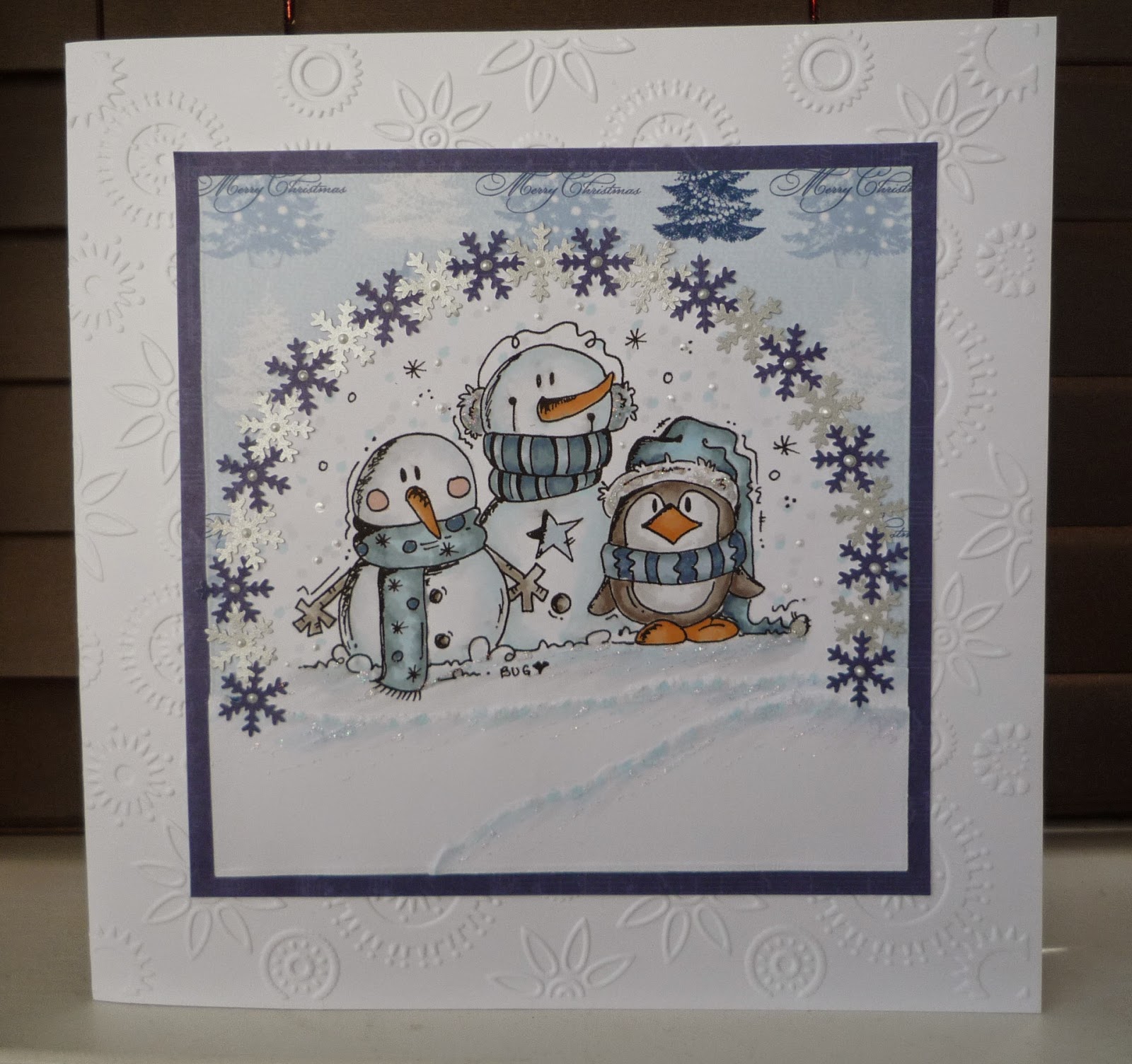 Well the sun was shining and not a cloud in the at the weekend, but there were still signs of snow at my house, as I needed to make a Christmas card for my DT project, Fab n Funky have a new challenge today which is......Christmas!

We are lucky enough to have Bugaboo sponsoring us this week, and these happy little chaps are on of literally 'zillions' of images that you can find over on their website. 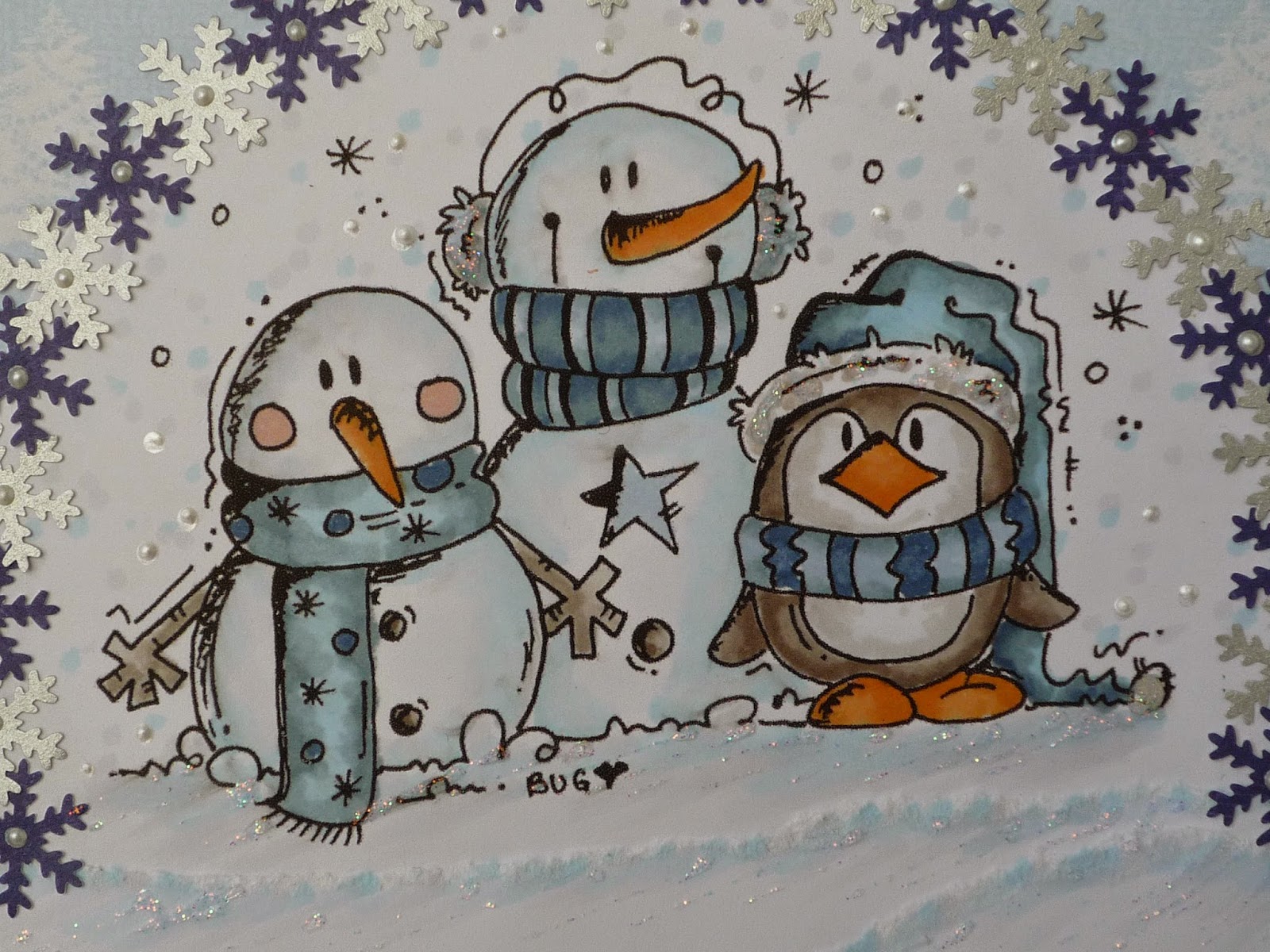 I am a big fan of snowmen, so this image was a no brainer for me, but I wanted to do something a little different so I wanted to stick with shades of blue to match my backing papers...apart from carrot noses and beaks of course.

I had printed out the image three times.....expecting disaster, but this seemed to come together really easily on the first attempt and it was really fun to do.

I finished off with some paper layering for the snowy ground, some punched snowflakes to create the arch, and a bit of glitter, plus some pearl paint (you just have to get the glitter and pearls out for Christmas!!)

Finally - this was originally intended to be a 6 by 6 card, but at the last minute I decided to emboss an 8 x 8 card and mount my image on to that, to make it a bit more special.

The observant among you will see that the embossing is actually flowers, but hopefully I have got  away with it!

Thanks for visiting me today, and I hope ypu will come and join us over at Fab n Funky this week.

Oh and last but not least….some other great challenges that I would like to enter:

Sharon x
Posted by The Little Stamper at 00:00