One more sleep to go! 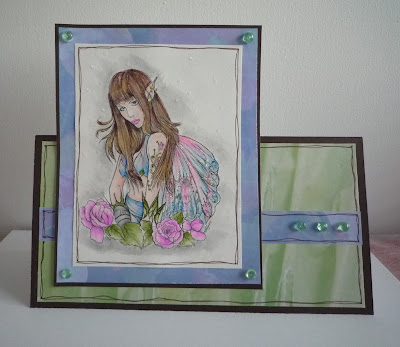 One more sleep to go.....until the Morgan Fitzsimons Flights of Fantasy release at Create and Craft!

Tomorrow at 8am sees the launch of another new licence for the Crafters Companion crew, and here's one of the samples that I have made.

This time I have used Spectrum Aquas for the colouring of the image and used some of the lovely backing papers from the CD. 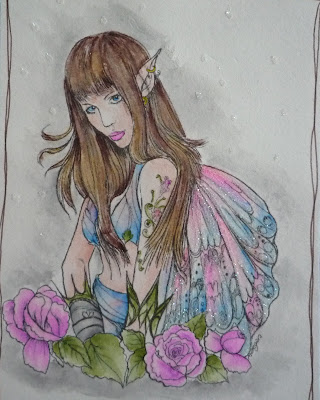 The image itself is really lovely and is printed straight from the CD. What's lovely about these images is that the is plenty of details, but it's not too overwhelming, and they seem to adapt really well to both water colours and alcohol markers.

It's getting quite late here in the UK now, so that's all from me for now, but don't forget to watch out for the shows to see lots of brilliant inspiration.

Thanks for stopping by.

Sharon x
Posted by The Little Stamper at 15:01