A Little bit of Hollybobs 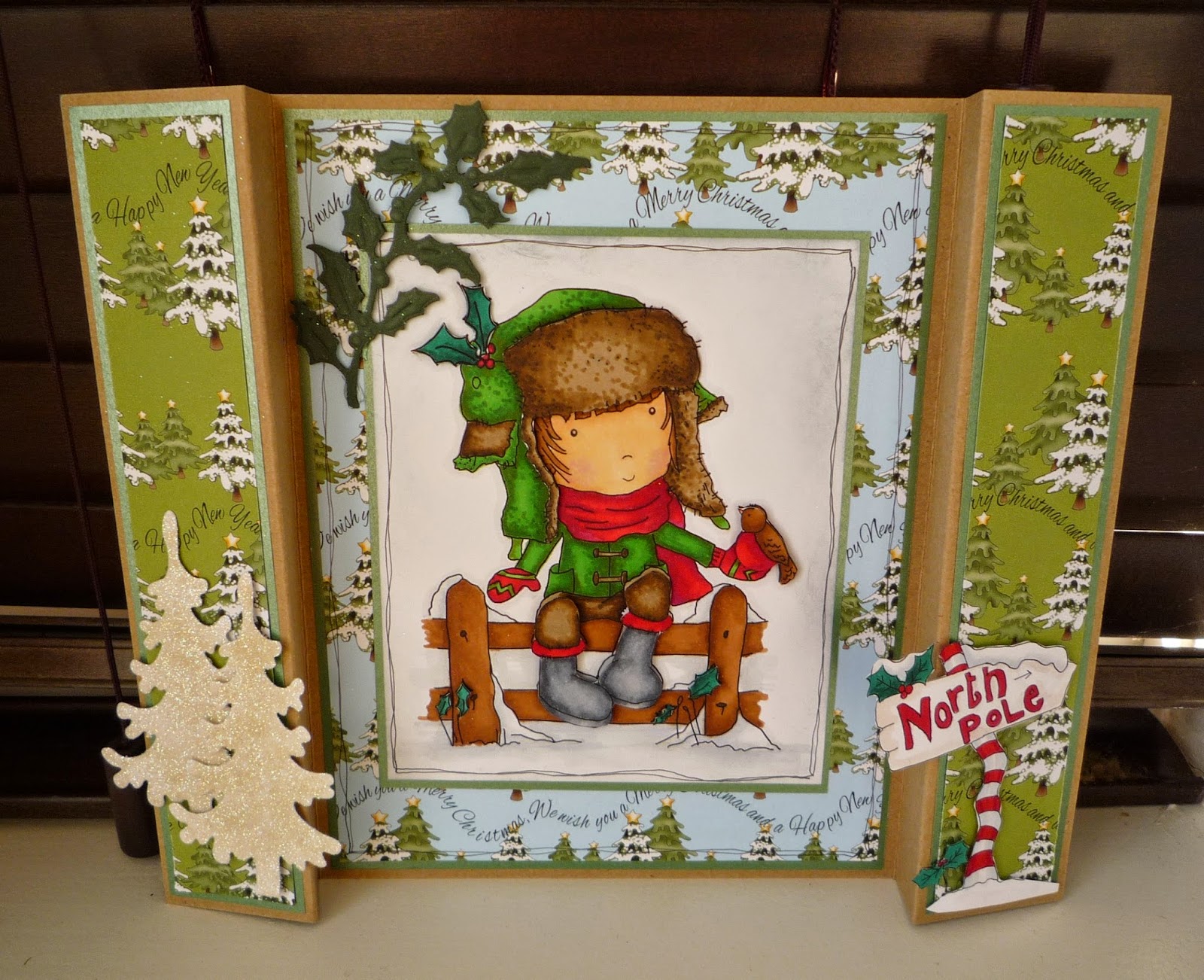 I decided to have a play with my Polkadoodles Hollybobs Cd and get in the Christmas spirit. The only problem was that I just couldn't decide which image to go with as they are all sooo lovely. So anyway, I narrowed it down to boy images, as I don't do to many of those as a rule, and still ended up printing off 3 or 4 images! So her goes the first one.

I loved this little boy as he is so cute with the Robin and having him sitting on the fence puts him in a little scene rather than just standing there, if you know what I mean.

I thought the Christmas Tree paper would go really well with this, so I printed off the same paper in two different colour ways, which makes putting the card together nice and easy.

I don't know what you call this type of card, but it's the first time I've done it. It's made from a piece of A4 Kraft card…..mainly because I printed out the image nice and big!

How do you like the North Pole sign…..this is also off of the Cd and I printed about 6 of these cos I love them…so you can expect to see them popping up on some of my other cards too. :-)

I wanted to have nice bold colouring for this image so I got out the Graph Its, which are just perfect when you want the image to pop. 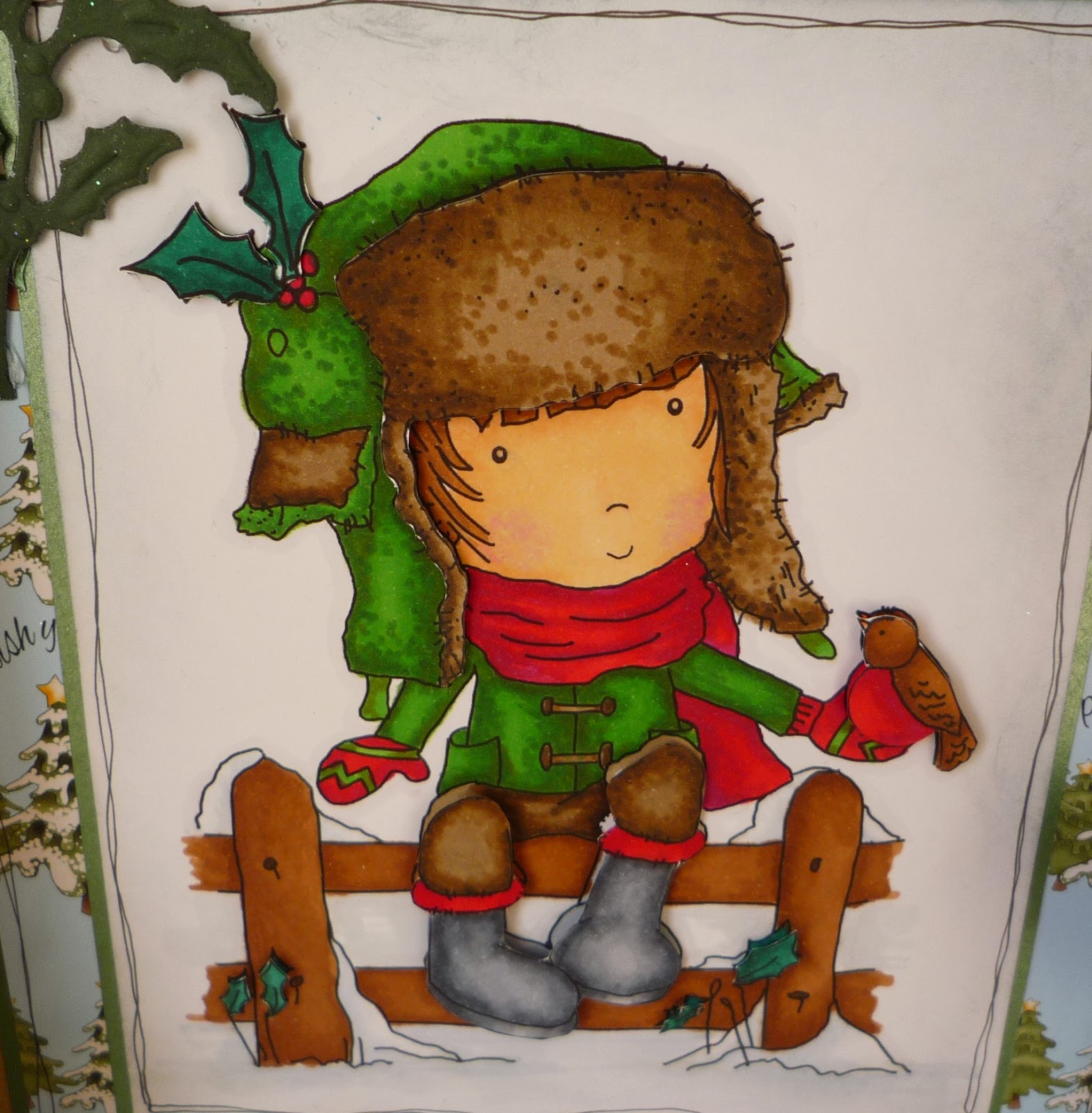 I am not sure if you can see for the image, but I did decoupage him up just a little bit……it's just one of those things I just can't resist I'm afraid!

Finally, I have added a few die cuts for some extra decoration.

Well I hope you like this festive card - there are lots of lovely challenges that ft this, so here they are:

That's all from me today.

Sharon
Posted by The Little Stamper at 10:32