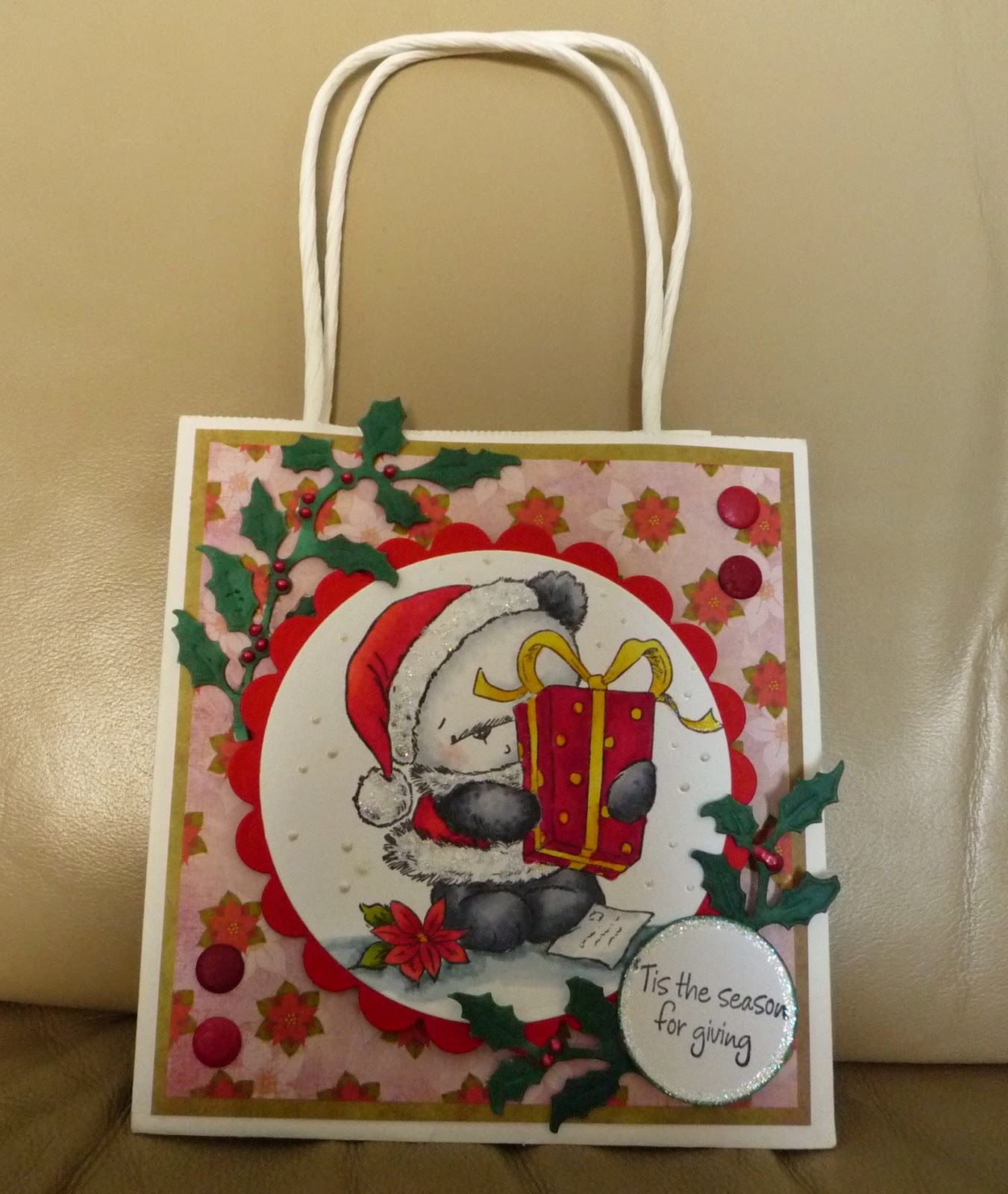 I have long admired the beautiful bags created by some of my talented blogging friends, so I decided to give it a go myself - after all it's kind of like a 6x6 card right?

Well I gave it my best shot but I am afraid I have not succeeded at creating such beautiful bags as my friends….I had a lot of fun doing it though, thanks to this little cha - Christmas Party Paws. 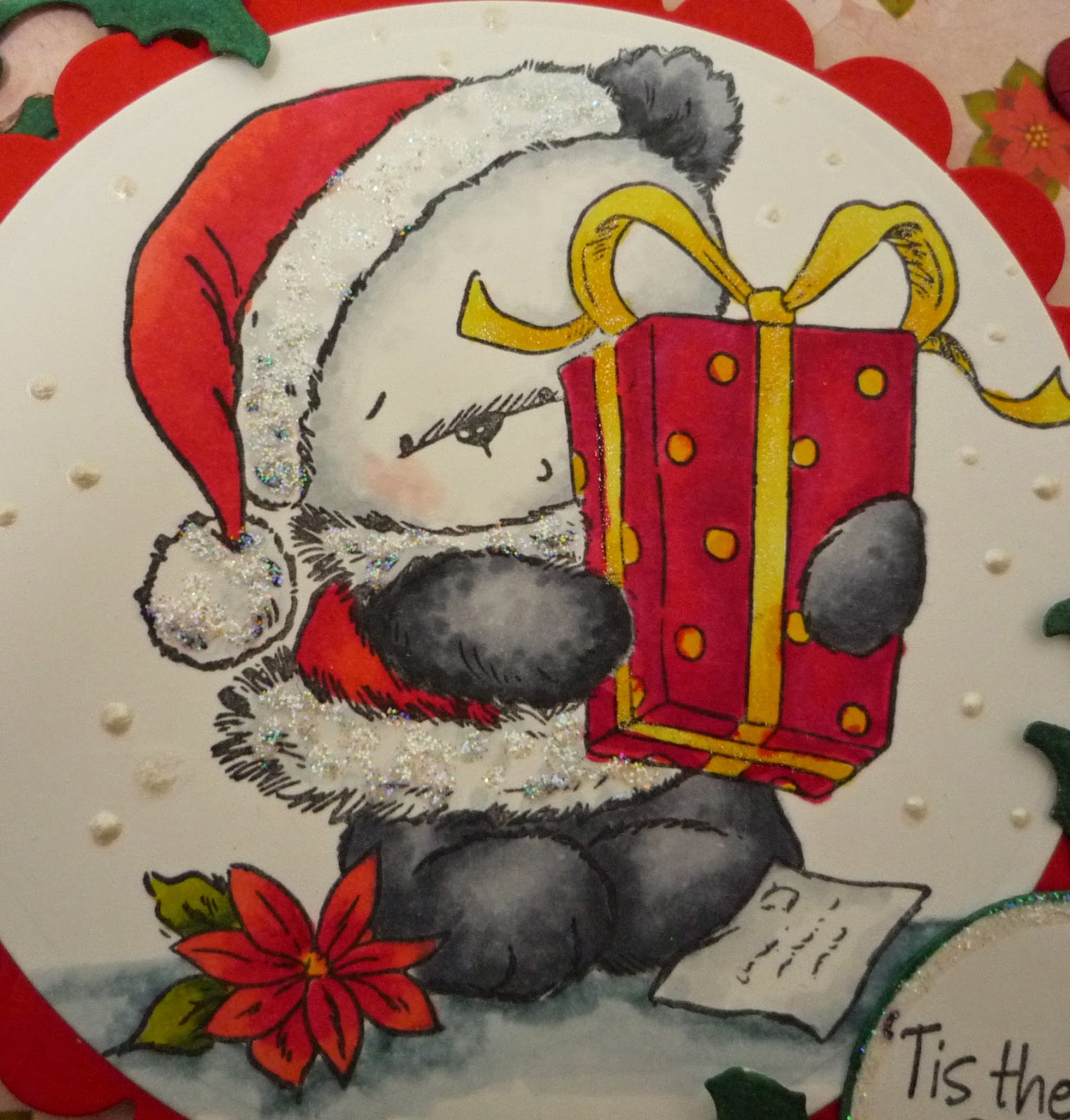 He has bee coloured in using my Spectrum Noirs and, although I was a bit afraid of doing the black parts, the actually came out pretty good in the end (so I carried on and coloured in another Party Paws image whilst I was on a roll!)

I then went the whole hog with holly dies (cut on to white and coloured in with my pens) and pearl dots in red and white, before finally finishing off with a splash of glitter.

Here are a few challenges that I would like to enter:

Thanks for coming to visit me today!

Sharon x
Posted by The Little Stamper at 08:02