Bringing some Sparkle in to my Life 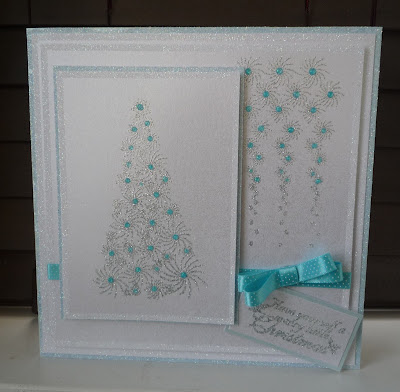 Today's post is all about sparkle and embossing! This is a Christmas card that I made using some of the wonderful stamps from Chloe Endean.

As you can see, there is lots of layering involved but the card itself was very simple to make.

I stamped and embossed two of the Chloe stamps, which match perfectly, and then added Nuvo glitter drops for the decorations. 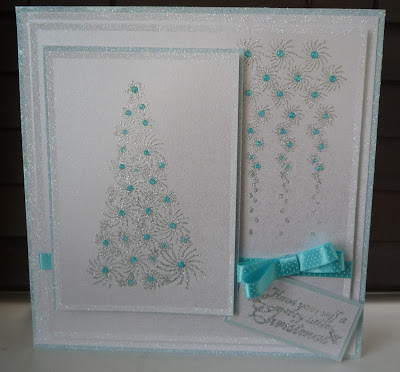 I also stamped and embossed the sentiment, and was so impressed that the quality of the stamp is so good that you can still read it after it has been embossed!

Finally every edge was glittered before layering up the final card.

Needless to say I had to make a box for this card...there was no way it was going to fit in to an envelope!

Thanks for visiting, and I hope you are all having a grand weekend.

Posted by The Little Stamper at 09:59